The teachers that operate in classrooms today, whether in universities, high schools or elementary schools are products of the training that they received from the respective faculties or colleges of education. If you notice a common thread or pattern to their methods it is the fact that they were trained in the "one-size fits all" model of education. 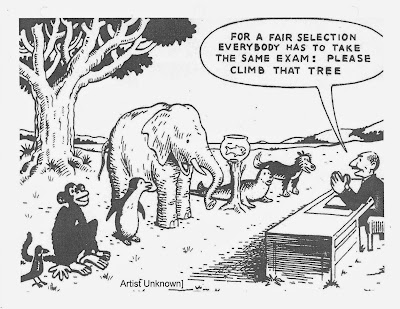 Having said that, I know that educators will point out that the drive for what is called "differentiated instruction" in which individual learning differences are addressed within the classroom, is alive and well. I would point out that I too was in the brick and mortar school system at the time of its introduction and my observation was that although in the public arena, it was mandated and proclaimed  and heralded as a panacea for learning differences, in the day to day front lines,it was difficult to implement effectively. If this was indeed the case, we have to ask:


"If  individualized learning or differentiated instruction was such a noble undertaking, why has it not become the "de facto" approach to learning? Why do educators struggle with implementing it effectively within their classes?"

The following are some ideas on how faculties of education can start the needed transformation to training teachers as agents of change in keeping with the needs of a globally connected collaborative world:

Disruptive Change: Effective institutional change does not happen over night. However, as societies will testify, we can not keep turning out "industrial model education clones" that will continue a vicious cycle that is well past its "best before date". Therefore, it would be worthwhile for the faculty to establish a educator training section designed to reflect the purpose of training educators to become agents of change. In business, when it needs to nurture innovative ideas, some devote on average 10-20% of its resources to pursue innovation while still being able to maintain its mainstream activities. When we look at the evolution of learning in the 21st century, it is a good idea to take stock of where we presently sit.

We also need to recognize that we need to change from what we may term the "old transmission model" of learning entrenched as a result of the industrial model mindset to a model that is more reflective of how human beings really learn as evidenced by research from Neuro-Cognitive science. 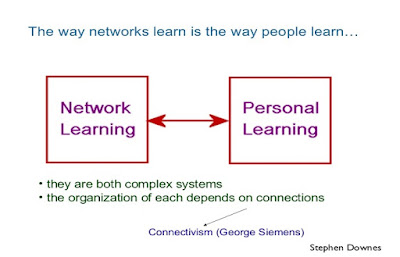 If  we train new educators for the purpose of creating agents of change who will then go into classrooms, either online or in the brick and mortar environment, they will need to model and encourage a new set of skills that more effectively meet the needs of a 21st century globally connected and collaboratively networked world. The following are representative of the needed skillsets:


Although technology is impacting education, it is pedagogy that needs to evolve by harnessing technology to open new paths to make education and E-Learning in particular more irresistibly engaging to teachers and the students of the 21st century. The essentials for this may be represented by a proposed model by Terry Heick.

An open, adaptive and agile pedagogy can open opportunities to use the resources of the web to enrich and extend the learning of students and teachers alike. 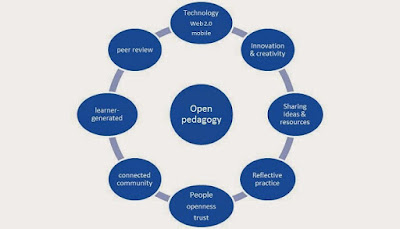 The Opposition to Disruptive Change:

It would be naive to believe that such changes will not be met with skepticism, resistance and a drive to maintain the status quo because it is comfortable and very predictable. Consider the degree of resistance to the idea of social networking as a simple example where educators would rather have an outright ban on the use of social media in the classroom rather than incorporate it as a means of extending and enriching education. The history of resistance to it has not really improved today considering how much we now know about it.

Consider the opposition and misinformation that exists in regards to E-Learning in its many forms. The attitudes of high education educators in many institutions to the use of E-Learning in their practice is a symptom of the problem.


Our faculties and colleges of education are still organized physically in the same way as they were in the prime time of the industrial economy. 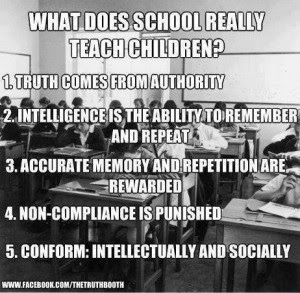 "Are we still entrenched in a "command and control" system which prepares educators for the world of the past?"

Can we still afford this type of organization or is it time to learn how to harness disruptive change to the benefit of a growing, increasingly disconnected generation of students? 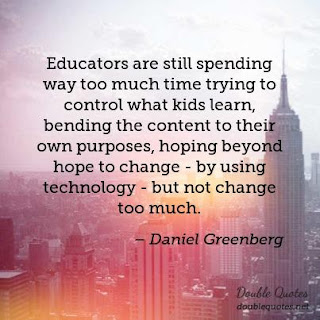 Next... Pursuing the Future

Taking the previous conversation further, we come to the second hack needed in higher education, that being the use of emerging technologies by faculty in regards to instruction. The vision and purpose and mandate of education as seen by the university determines how instruction and the use of technology takes shape. Alvin Toffler made it quite clear in his work under such 20th century titles such as "Future Shock (1970)" and "The Third Wave (1980)", the danger of proceeding without a carefully examined vision of whatever enterprise you are involved in. Education is such an enterprise.

Hack #2: Use of Emerging Technologies By Faculty in Instruction

In this age of technological integration into all levels of life, when it comes to the education that learners receive, it must have the following qualities: 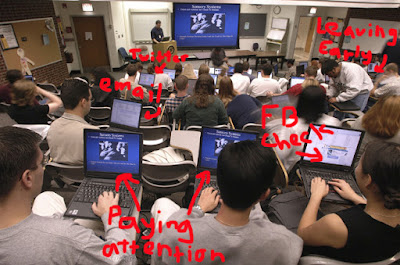 For university instructors, maintaining the "sage on the stage" approach to instruction reinforces the idea in the minds of students that they are still "widgets on an assembly line" being acted upon, tested for quality control and then moved on to the next instructor who repeats the process. What learners really desire is an honest admission by faculty that they are willing to be co-learners with them and mentors on the side. 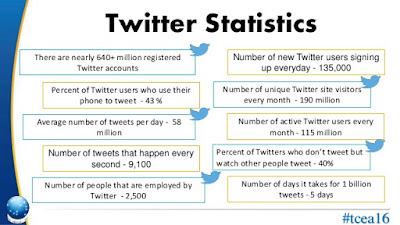 Considering all that is at stake, there will still be higher education faculty that will be highly resistant to any change in the status quo. Perhaps they would take time to ponder their stance. In a highly mobile world, if you are not moving forward, you are moving backward. This quote would also reinforce that idea.


Next... More on evolving pedagogy enabled and empowered by emerging technologies

Posted by Ken Turner at 2:11 PM No comments:

Hacking Higher Education and Teacher Training: Part I- Identifying the Nature of the Problem

When it comes to educators, the one thing that we all have in common regardless of whether we teach at an elementary school or the most prestigious, ivy league university, is that we are all the products of our training. We all bring specific strengths and weaknesses to the profession but how those gifts and talents are shaped is determined by the education institution tasked with teacher education.
Most universities have faculties or colleges of education for teacher training but the work ethic and philosophy of the education faculties are microcosms of the greater whole and reflect the vision, goals and mandate of the university.


Therefore, before any real and effective change can occur in education faculties, the changes must first be brought into the greater university or college.


"An important caveat for universities in this age of learning and information is that they need to remember that they are open to the disruptive forces brought on by the exponential increase in knowledge across the disciplines and the greater integration of a variety of technologies into the lives of learners on many levels reaching down to the very personal level of people living in a digital age. They have a choice. They can be proactive in this process of meeting the disruptive forces and re-shaping how higher learning is carried out or they can be reactive to every wave of disruption which leads to a lack of synergy for the learner between their everyday lives and their education."


There are three particular areas in higher education that are vulnerable to disruptive forces:

Hack #1: The Vision of Education

The vision and purposes of higher education need to be in sync with the needs and problems of our societies. Some of the needs are as follows:


This raises some pertinent questions in regards to the present status of higher education:


"Does the present vision and model of education used by universities support the development and nurture of the mentioned needs?"

"Are universities being proactive in dealing with the disruptive forces impacting education or are they in fact being reactive and are they using a "band-aid" approach to lessen the impact?"

The next segment will delve deeper into the other two problem areas before looking at teacher training in faculties or colleges of education. I will leave you with the questions above and also the following quote from William Pollard. 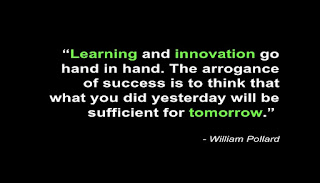