Is LinkedIn Everything It Can Be As a Professional Portal? A Rhetorical Question?

Anyone who has been associated with LinkedIn over an appreciable amount of time has noticed a variety of changes, some good and some quite questionable.There are two agents of change in the transformations that we have seen. First, there are the changes made by those who form the administration of LinkedIn. Their primary motive is to attempt to make the overall experience pleasant for all users while maintaining their original mission of creating an environment for professionals from many strata of our societies to connect, discuss common issues and form professional bonds. This mission is useful in that we all have a professional story to tell and as users we have a desire and an essential need to learn and grow. 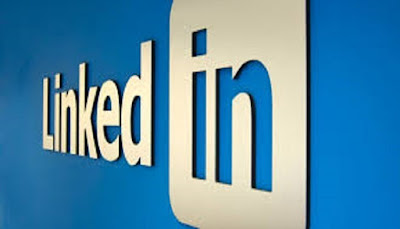 Secondly, there are changes made by those participants in LinkedIn who make up the subscribers to all the professional forums set up in LinkedIn which represent the many professional interests which have a common thread running through them which is the use of technology as it pertains to the specific interests of groups. Having stated that we should stop, step back and ask an important question:


"Is LinkedIn everything it can be as a professional portal?"

To begin to answer such a question, we need to look at the status of LinkedIn but more importantly, the perceptions of LinkedIn on the part of the participants.

The Nature of LinkedIn and Participant Perceptions

Looking at the stats on LinkedIn, we see some interesting forms of growth:

The stats as they appear show an impressive pattern of growth but to be honest in such as assessment, we have to ask:

"Impressive pattern of growth compared to what?"

The natural response on the part of many individuals would be to compare its growth to social media giants such as Facebook  and Twitter but do we really want to use them as the comparative standard? We claim that LinkedIn is a professional portal but then to compare it to social media portals we run the risk of forfeiting its professional status. This is where we have to take a reality check and ask :


"What are the perceptions of the subscribers to LinkedIn in terms of how they think it is used?"

In looking at the above survey results, do the responses reflect more a perspective that LinkedIn is a professional portal or that in fact it is another clone of Facebook or Twitter?

It is interesting that two articles have recently appeared that predict the demise of LinkedIn as a professional site due to the ever changing perception that it is steadily transforming into just another social media portal.

In an article by Jaakko Paalanen titled: "The Death of LinkedIn"(April, 2017) , he points out an interesting juxtaposition that is occurring between the focus of Facebook and LinkedIn when it comes to promoting business interests. In a second article by Daniel Tunkelang titled: "How LinkedIn Could Be Disrupted" (April 2017), an interesting point is made that despite the big data that LinkedIn collects on subscriber preferences and offerings, they are not staying ahead of the curve when it comes to innovating and as a result, down the road, an opportunity exists by rising competitors to disrupt it.


The Problem and Potential Solutions

At this point in time one might ask whether or not we see evidence of this drift of LinkedIn towards becoming more of a social media site. For many people on LinkedIn, this has been a resounding yes. Consider the number of times people have complained about the amount of social media content appearing on LinkedIn and the number of likes that such complaints have garnered. To those who are complaining, I would offer these challenges:

"What are you doing personally to change this?"

"How often have you, personally, instigated a discussion that is in line with the mission of LinkedIn?"

"How often do you personally respond to posts in more than the traditional 140 characters of a social media site such as Twitter?"

"How much time are you willing to allocate to a thoughtful response to a post or are you still time's prisoner?"

As much as we dislike the misuse of LinkedIn, it would be hypocritical not to admit that we are also part of the problem.

So, what are some possible solutions?

These are just a few ideas but the last word of wisdom, I leave to a cartoon character:

[If you find this article interesting, pass it on but more importantly discuss it. Also, it might be helpful to share this article on LinkedIn itself but I will leave that up to the reader!]

Posted by Ken Turner at 2:15 PM No comments:

It is interesting that in the developing story of e-Learning, we have been hearing from the trainers, instructional designers, SME's and those trying to satisfy the growth of e-Learning by marketing products that they feel could be the next big thing in the e-Learning market. We have also been hearing from instructors, technology specialists and their fans. 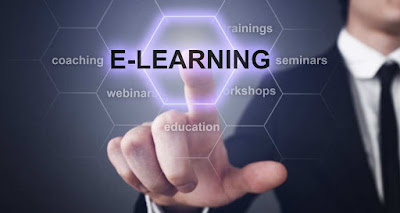 However, there is one sector of stakeholders who perhaps are hiding in plain sight but we have become so absorbed with our own sandbox that we have in fact neglected them. I am referring to students themselves. I think that they probably would like to be consulted since what we are doing in the development of e-Learning will have a profound impact on their lives and in turn, on all of our lives. It is ironic that in our informed practice and determination to stop treating audiences as passive objects to be acted upon, we are doing exactly that with students at many levels of the education systems we have populating our societies. 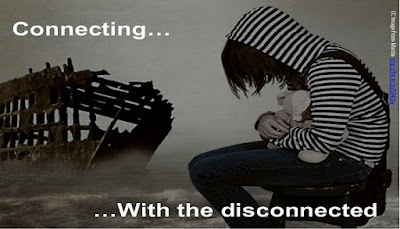 Any new paradigm that we seek to use to aid e-Learning development must include students not only as partners in life-long learning but also partners in describing what e-Learning should look like. Since we often refer to them as the "digital natives" of our connected age and we admittedly as adult learners are in the process of catching up, we should be getting and valuing their input as we go about disrupting their educational lives.


Higher Education and The Challenge

If you are an instructor or educational developer working in the realm of higher education, I have a question for you:

" Do you have the courage and curiosity to honestly sample the views of your students when it comes to their education and how you present it to them?"

In order to effect change in e-Learning that will benefit our students and in turn all participants in our society, we need to ask them some critical questions and then brace ourselves for their answers. We may not like what we hear but we should give them a forum to express themselves freely on this. To start off here are some questions to consider for which I will also provide the rationale for asking these specific questions.

I am challenging higher education instructors to share this article and the questions above with your students. I encourage you to share genuine student comments concerning this short article and in particular the questions and post their responses to these questions in the comment section in the area where the article is posted. It is vitally important that we encourage conversations that will add the voices of the most important stakeholders, the students, to the way we design our e-Learning experiences. The future shape of what effective e-Learning is dependent upon all voice being heard. In following through on this, we need to recognize that sometimes in order for education to evolve, risks must be taken.

Next: Part II--"It was the best of times, it was the worst of times"--Motivation to Learn