In this scenario, Team Bravo will use what they have learned and the skill sets they have developed from the moon colony scenario to look at a challenging real world scenario that is current and is becoming a growing global concern among the nations. In this scenario the importance of collaborating with a number of mentors who are on the leading edge in their fields is highlighted. Again the cross disciplinary nature of the scenario focuses on a STEM combination of skill sets and knowledge.

Description for Students: " Medical authorities from the World Health Organization(W.H.O.) in coordination with the Center for Disease Control (C.D.C.) in Atlanta, Georgia (USA) are reporting that the increasing immunity of "super bugs" to known available vaccines is advancing faster than health organizations ability to develop more powerful vaccines to counter the threat. A new approach is needed that is different from the path that we have been following. What is needed is a plan that makes use of new technologies and we need it yesterday! Although "super bugs" are not viruses, we hope to establish protocols through first taking a look at a virus and ascertaining if what we learn can be used to treat "super bugs" as well. 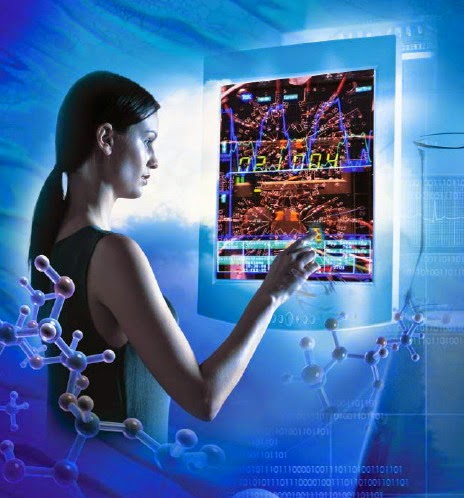 As a team, it is your mission to use the knowledge and skill sets that you have acquired in your research on medical uses of an innovative technology called:"Nanotechnology" and working with a mentor group who were some of your contacts on the moon colony collaboration, to come up with a plan to combat this serious problem. For your test simulation and trials which you will perform as computer simulations, your focus will be on the Ebola virus outbreak in Sierra Leone, Gabon, and Guinea in West Africa. Recently 660 people have died from this type of hemorrhagic fever (EHF). Ebola is known to kill 70% of those infected. From your research on viruses, we hope to learn if this technology may also be used in treating bacterial "super bugs".

Although conventional attempts to stop or eradicate the virus have not produced viable results, it is hoped that with your collaborative skills and mentors from the following cross disciplines, you will be able to come up with at least a plan which you will need to describe and explain your reasoning for your decisions. The disciplines you will need mentoring from are:

Your tasks are as follows:


Using the computer simulation, run trials on the use of the Nanobot in relation to the Ebola virus strand. Create a digital journal of your trials and their results. Collaborate with people on your team and your mentors to come up with a plan that you can defend from a science, technology, engineering and math perspective. Below are some useful facts that are germane to the field of Nanotechnology:


Finally, what would an attack on a virus look like. This is only an artist's conception:


Note: In a project like this, the tasks could be broken down over a long time period. Next post will deal with the learning objectives in these scenarios and the importance of developing mentor networks between students, their instructor and scientists willing to devote time for mentoring students in their specific fields. This scenario would be targeted for secondary students and above.