Storming the Tower--Transformations to Higher Education

Universities and colleges have been the bastions for professional, higher education for hundreds of years. From these institutions have come world changers such as Sir Isaac Newton, Francis Bacon, Albert Einstein and these are just samples from the sciences alone. From the corridors of the arts have come those who through there expertise have defined the very cultures that we now enjoy. However, now in the 21st century with the exponential growth of information and knowledge in many disciplines, institutions of higher learning are faced with some perplexing questions in which they no longer have the luxury of setting up longitudinal research studies to gather verifiable data on. Some of these questions might be:


In light of these perplexing questions we are faced by the challenge:


"What will it take to bring about honest transformation of a higher education system so that it is more in line with the need to educate this generation and those following to be "agents of change" who will enrich, create and innovate in building the societies of the future?" 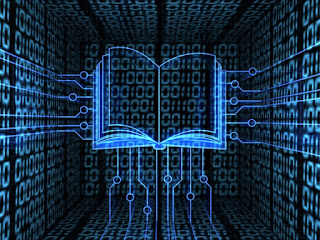 A Question of Vision

One statement that has taken on even more meaning in the digital world even though its origins were from the ancient world is:

"Without a sustainable and an adaptable vision, a people perish!"

This statement can very well apply to higher education and especially, business organizations but when you talk about institutions of higher learning, you are talking about a cascading chain of failure because those who are learners go out into the world, into business organizations, into government positions and into education systems believing that the vision of the way things should work does not need overhaul but instead requires the exercise of power towards others to make sure that they conform to that vision unquestioningly. Ironically, one of the principle past advantages of being an university student was that you were encouraged to listen to many points of view even if you disagreed with what was being said and question to learn more. This is the very practice that Socrates encouraged in his learners and it was the very practice that he lost his life over. Teaching his learners to think and question was seen as a threat to the establishment of the time because from that discipline of the mind would come the cradle for wisdom.

Today on many university and college campuses, instead of open and honest debate on issues dealing with the human condition, we have "group speak" in which if you don't conform to the common mantra, "ad hominem" labelling and categorization is used to silence opposing points of view. This is a return to the command and control mentality of industrial economy ethos.

"There can not be a nurturing of wisdom in university learners when wondering is censored and healthy, open and reasonable argumentation and critical thinking has been abandoned!"

Necessary Paths to Transformation: Part I

The following are suggestions as to where we can re-imagine and re-design higher education so that it is more in line with the actual needs and the complex real world problems of our societies in a 21st century world:

There are many ways to avoid changing the status quo in higher education and those who have a vested interest will shake their fists at such changes or create ongoing "paralysis by analysis" ad infinitum  but there has to be a point where we put self-entitlement and a fear of the future aside. In doing so, we advance from a "ME society to a WE society" and our learners will once again wonder and in doing so take the road to wisdom which benefits all.

Next.. Coupling new technologies and E-Learning--Part I
Posted by Ken Turner at 2:13 PM