When considering the need for a transformation of a training culture into a learning culture, a third element to consider is the nature of collaboration. 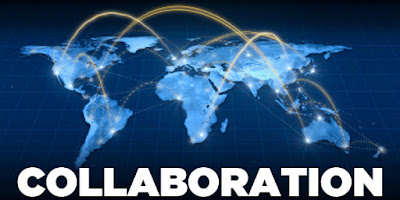 The Roots of Collaborative Skillsets

The industrial model of education set the tone for how collaboration was to be conducted within the classroom often referred to as "group work". The usual process for bringing forth collaboration started with the teacher announcing a task or issue that groups were going to work on and arrive at finished product which could be the resolution to a problem or the position on an issue that the group had adopted. An example of such an issue might be: "Capital punishment should be restored for such crimes as murder and treason against your country". Agree or Disagree. The educator would choose groups, making sure that that each group had equal numbers, had mixed genders, and at least one above average student in each group. A time limit would be established for each group to either solve the task or come to a consensus on the stated issue. The teacher would then be the person who would listen in and check on the groups' progress.

The reality of this process was that group dynamics had several effects on the reaching of the goal such as:


As a business organization, you might be asking yourself the following questions:

"Do you see parallels here to what happens in business organization groups?"

"Why should I care as a business leader about how kids do group work in school? It doesn't affect us."

The answer to your question is:

"You should care because this is the way the adult employees in your organization including your leaders have learned to collaborate! This approach has been entrenched and reinforced over many years of schooling.

Although, we have changed the terminology in that groups are now called "teams" and "group work" may be called "team projects", all the failings of this process have been transferred into the business environment. The teams and the make up of teams are still relatively the same as they were in school. However, to further complicate collaboration, the arrival of the Internet and social media have increased the level of distraction to new levels.

For collaboration to be effective, individuals employed within business organizations need to see the following characteristics of the task that they are collaborating on:

The arrival of the online world has resulted in drastic changes to the ways that 21st century business organizations conduct daily business. It has also changed the way that collaboration should occur. Since the industrial revolution, business organizations were characterized and built upon two dimensional thinking, meaning that projects were often conducted "in-house" using purchased resources on site and having employees collaborate with other on-site employees in pre-selected teams with oversight given to on-site middle managers. All members of the team were usually in the same time zone or within a time zone that was workable. What you had is a closed system that included your clients, suppliers...etc.

The standard team project might take the form of the following:

With the exponential growth in new technology and its use to compete on a world class level, the restraints on time and place that characterized the two dimensional business environment all of a sudden were cancelled shifting business organizations into a world where information was the new currency and technology innovation became a necessity in order for a business to compete in a global digital economy.

The training culture that has been in place since the industrial revolution was not able to provide the innovative thinking skillsets that were required and instead a new culture based upon learning principles that would allow collaboration to grow outside the confines of the local business organization and create collaborative global business networks became necessary.

In order to truly capitalize on the great potential of accessing world markets and to open up new ones, the collaboration approach of the past needs to be transformed. In order for the transformation to take place without significant disruption to the flow of a business organization, not only requires the establishment of a learning culture within the organization but also a new form of collaboration that fits with the new connected and collaborative world economy. 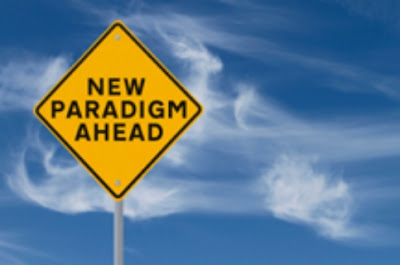 The question that needs to be asked is:

"What will this new form of collaboration look like and what will distinguish it as a benefit compared to the more traditional one we are used to?"