E-Learning: Real World Learning in a Global Context-Part I

Marshall McLuhan was once quoted as saying:

In E-Learning as it pertains to both the corporate learning culture and the institution of education, the walls of an old model that were once so confining are coming down. In this change, how we view the changing nature of learners' needs in a digital age will have a great impact on the type of age that is ushered in next. Anyone who thinks that this will just impact schooling is being naive because the impact will have a ripple effect on everything in life that has connection to how a society learns. This is not a prophecy but an assessment on the impacting technology, pedagogy and change elements which have already started to form a perfect storm.


In the digital age there are two important characteristics about the learner that we need to understand because failure to do so negates the potential that they can bring to the developing global business culture and to the growth and health of the disciplines.


Missing  Pieces to the Learning Puzzle

Learners need an outlet for their ideas, thoughts and innovations in a global forum.

In the past, education systems designed courses where a realistic situation was presented to learners, they discussed the scenario, arrived at potentially helpful solutions and then everything ended. Their ideas, thoughts and innovative solutions never made it past the four walls of the classroom. There were attempts in the late 20th century to connect classrooms to the outside world but this was not a consistently applied idea and very often it was included in the design as an enrichment activity. It was never considered to be an activity that was an important part of the main stream of the course. It was the reason why students complained that too often school was not part of the real world. Real connections were not there. Even the assessments that students endured were meant to produce compliance and conformity to skillsets that reflected past generations but included none of the digital literacy requirements of this age. The mantra of this type of schooling always began with the preamble:

"...When you grow up, maybe you will be able to make valuable contributions to society but now........"


A case in point is the story of a teacher who decided to have his class research the question:


" Are the enclosures used for animals at the city zoo designed in such a way as to match the natural habitats of animals found in the wild?"

The grade level for these students was grade 7. The time period was the late 1990's. The approach to the study of this issue was called the "Social Inquiry Process". Many of us are very familiar with this approach but one difference was that this particular government mandated approach had a social action component to it.

The students followed the research procedure to the letter and came to the conclusion that the zoo in question was not making the effort to provide natural habitats for their animals in many instances. They then reviewed the necessary characteristics for optimal conditions, as they had researched in the social science classes; they used  some selected animal examples and designed an environment that took into account space limitations that the zoo had. They then sent a proposal to the zoological society that had oversight and requested an opportunity to present their findings and speak to their recommendations at the next zoological meeting. This was" taking responsibility for their learning".

"They received a reply from the society which told them to stick to math, reading and writing and mind their own business."

It didn't occur to the officials that the report they received had utilized all of these literacies in the best possible way. The conclusion to this story is that 1 yr. later these recommendations were put into practice and the zoological society received the recognition and accolades for coming up with such innovative solutions. Would a visionary thinker such as Steve Jobs have been encouraged to continue in such an environment and school system? 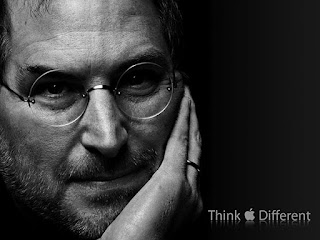 The point is that:
"We need learners in corporate organizations and education to be provided with the necessary encouragement and working conditions that will help develop the necessary mindset to harness change for all of our benefits."

The situation described in the schooling example could very well be put into a corporate culture setting where employee ideas are stymied by not being provided a forum where they can have their ideas realistically heard and evaluated.


" In your corporate culture, what does learning look like?" Is it all about compliance training or do you have an eye on weaving innovative thinking into the fabric of where you do business?"

A Second Missing piece of the Puzzle

" Learners need to feel that what they have to offer is valued by decision makers, whether within education or business organizations."

One of the simple realities of life in the 21st century is that for many people, the work that they do is what defines them.