In the last post, it was noted that the E-Learning used for training purposes in business organizations and in the education sector was tied to a Skinnerian model that in fact treated learners as passive entities that needed to be conditioned through the application of reward and punishment in order to acquire the desired responses. One point that should be made is that given the industrial economy mindset with regards to what it suggested should be the goals of education, that perhaps it was appropriate for the times. It is also interesting to note that people such as Nikola Tesla who had creative and quite original ideas were considered to be exceptions and odd compared to the conforming majority. Tesla himself summed up the problem quite nicely.

"In order for us to move forward in the design of irresistibly engaging learning experiences that enrich the learning cultures of business organizations, we need to stop living our lives on a bell curve and as I suggested in the last post to capitalize on the gifts and talents of the intellectual capital found in our employees and learners. In this age, having an organizational learning plan is just as important as having a business plan."

A Hybrid Model for Building Interactivity into E-Learning

If you have been reading my posts dealing with the importance of using well designed simulations and scenarios you would have noticed that there are some recurring ideas that lend themselves to making interactivity dynamic and a type of engagement by the learner that is governed by a strong intrinsic motivation. In this digital age, thoughtful engagement leads to deeper sustained learning and an increased level of transference of skillsets to novel situations that require real world problem solving. The posts titled: "The Search for the Emerald Key" (Dec. 27,2014-Jan. 29, 2015) were a first attempt to translate these ideas into a practical scenario. Some of the important concepts were as follows:

Context: In order for learners to see a clear connection between what they learn in theory and its application after the learning experiences are complete, the E-Learning information must be in context. It is important that learners know the relevance to their own individualized life situations. In the "Search for the Emerald Key", the focus was on being able to collaborate with other learners in order to solve a real world problem. Contained within this scenario were opportunities to assess skills both individually and as a collaborative group. Unlike the Skinnerian model, the response of the learners was the factor that developed the story. This involved the development of what is called "Branch Scenarios" and also provided an opportunity for immediate feedback and mentoring. In an adjoining scenario, the collaborative group was provided with a novel scenario which was a "proving ground" used for the learners to test out their newly acquired skillsets. This was also important in building confidence which ultimately impacts on performance as it relates to the employee work situation. 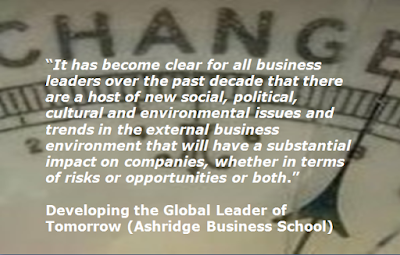 Ultimately, change in the education culture can not take place unless we can demonstrate the necessary entrepreneurial drive that will take us out of our comfort zone and place the educational well being of nations ahead of all our fears and defence mechanisms that are keeping us in place while the world moves on. This begins with having powerful conversations with each other as leaders in our respective sectors. Without that, we are part of the problem and not part of the so desperately needed solution.
[ If you want open and powerful conversations, take the initiative and share the ideas found here.]