The Global Higher Education and Teacher Mentoring Network---Establishing the Challenge to Be Confronted As Agents of Change!

Universities and colleges have a history of preparing past generations to take their place in the industries and scientific disciplines on the planet. Ivy league universities had as an important mandate the task of producing the "captains of industry" who would carry on the tradition of leading the corporate world which was steeped in the industrial economy. Their main objective was to create wealth. This was especially important in the Americas with the rise of such men as JP Morgan, Andrew Carnegie, Cornelius Vanderbilt and John D. Rockefeller. How they created that wealth was the distinguishing tipping point. This picture was mirrored in other industrial economies of the time.


The term ,"captains of industry",  was coined by Thomas Carlyle in his 1843 book titled:"Past and Present". To that end, these universities sought to attract the top economic, scientific, and business minds to act as educators and mentors to these up and coming leaders. Due to the competition among universities and colleges to acquire the most talented minds, the concept of tenure was offered as a means of securing their loyalty to the institution.
The reason it is important to understand these traditions is so that we can recognize how deeply the industrial model mindset is in the life blood of universities. This is also a pointer to the reason of why there is such a high level of institutional inertia when it comes to changing the model of education that universities and colleges operate under.

From these halls of higher learning comes a demonstration of what may be termed the "trickle down effect" of this industrial mindset with an important difference. In order to fuel the drive of industry, workers were needed who would learn to conform and all follow the same pattern for effective production. To enable this to happen educators also needed to be harnessed to train the future workers. 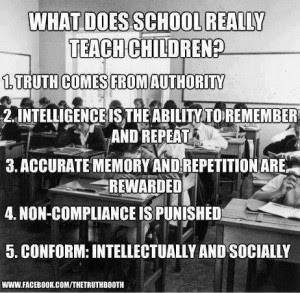 The world has since changed. Since most major universities have faculties of education responsible for the training of teachers, if the university is still adhering to the industrial model mindset then it will be the same situation for the faculty tasked in training educators.

De-programming these faculties is now essential if we are ever to have teachers who have a renewed purpose to be agents of change and creators of new knowledge and skillsets.

It means de-programming  minds and preparing them for a new mindset that is going to have an exciting impact on their careers as educators and on students as agents of change in their respective societies. 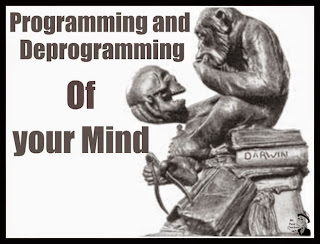 As we continue down this path, one should not underestimate the very positive impact these collaborative networks will have on the business culture.

Next ...the relationship between this network and the others.
Posted by Ken Turner at 2:32 PM