Following up from the last post, there are some very sobering questions that we need to ask which are:


"How many learners who could become effective and much needed agents of change in our societies are falling between the cracks of our present education systems? How many are becoming discouraged and disconnected with their education because the education system requires that they fit a centuries old norm that does not nurture innovation, creativity, or higher end critical thinking skills?

Our responses to such learners has been any of the following: 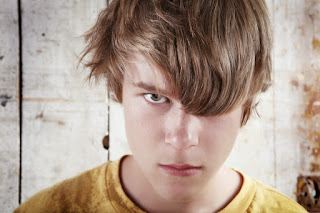 Do any of the above responses sound familiar to you? We need to look at education in a new light. We need to recognize that we need to be able to identify those learners who could make a credible difference in solving the many complex real world problems that we face as societies and encourage the development of their skillsets.

So, if it is important that we not lose such learners, what is stopping us from doing something about it?


Problems That We Have Inherited

How Can We Overcome These Barriers
In order for a transformation to take place a change in mindset is required and a recognition that the present educational mindset is counter-productive to turning out effective agents of change.
Another requirement is that we stop segregating learners who demonstrate the qualities that would make them potential agents of change and instead mentor them in how to learn in an online world within the social context they find themselves in. Although some would say that we should do this for every learner, the fact is that the skillsets are not present in every learner. One of the most difficult barriers to overcome is the attitude of self-entitlement which is absolutely necessary to overcome in order for the future change agents to consider the needs of all people over their own.

Next--Taking these ideas a step further---helping learners make useful connections with networks
Posted by Ken Turner at 11:54 AM

Outstanding.How long i would like to discuss about the issues you propose.