Solving challenges collaboratively when faced by an emergency situation not only reveals critical thinking abilities when faced with an e-learning simulation but also in real life situations. How people respond to challenges involving an emergency depends on how many people are on the scene of the emergency. When there are trained responders on the scene, bystanders rely on them to take charge of the situation. However, if none of the people are official emergency responders then the group waits for someone to take charge and lead.

What happens if no one takes charge?

One of the classic cases where people did not respond to an emergency happened  in the 1960's in New York City where thirty eight people stood by and didn't respond while a man stabbed Kitty Genovese to death. All thirty eight people thought that someone else would call the police. As a result no one did. 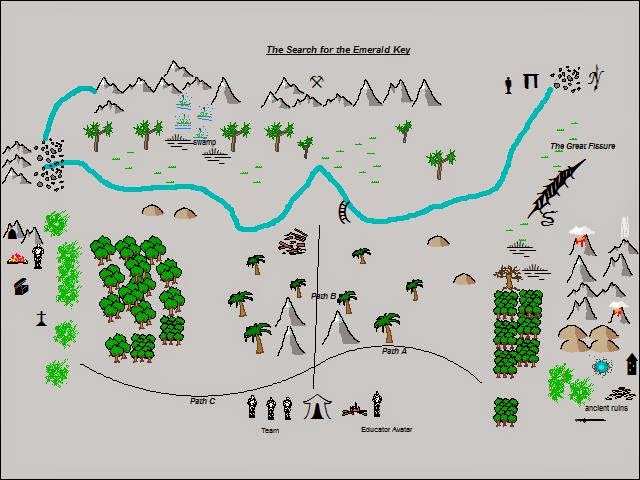 In the last post, students on Path B and Path C receive an emergency notification on their wearable technology unit that the student on Path A was in trouble. Students use the GPS signal from the student on Path A to go to his or her aid. They arrive on the scene to find the following situation:

Keep in mind that the assessors who are watching what unfolds also are gaining a recording of what is being said and the actions that are being taken.
Lets assume for a moment, that they exercise superb reasoning skills and demonstrate the highest levels of Bloom's Taxonomy and they are able to solve the emergency problem. What challenges lie ahead? Well they have to get to what looks like a huge statue that they can see in the distance which is directly north of their position. In their way are two problems: 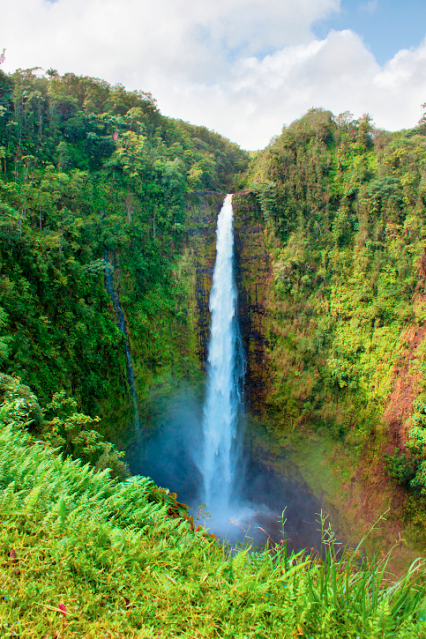 To complicate the decision, the student from Path C remarked that when he or she was following the river, he or she noticed a glowing green object on the other side of the river halfway between the bridge and the statue. He thought he could make out the following symbol on it but they would need to retrieve it to be sure. If they misinterpret any symbol at the end, then the can't solve the location of the emerald key and going back would result in them running out of time. 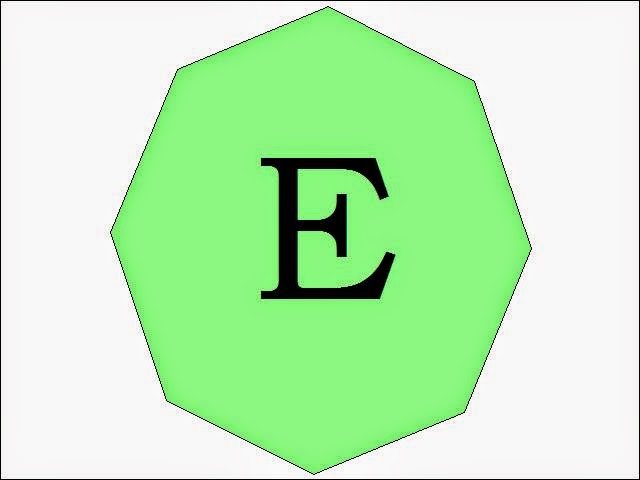 Some important questions to ask yourselves are:

I know that these situations seem contrived( gifted understatement!) but the point is to place problem solving, critical thinking and the ability to do innovative thinking under the microscope.

Next.. the final leg of this scenario, the final clue revealing the location and the introduction to an incredible follow up real world issue that will also challenge you  as well as the students dealing with the pressing problem of tracking terrorists and potentially innovative solutions to this problem.
Posted by Ken Turner at 6:26 PM