E-Learning Blueprint to the Future: Cross Disciplinary Learning and Transforming Mentor Networks-Part I

One of the consequences of the "industrial model of education" has been the compartmentalization of subjects into separate and distinct boxes. In the age for which the industrial model was created, they served the purpose of their creators. 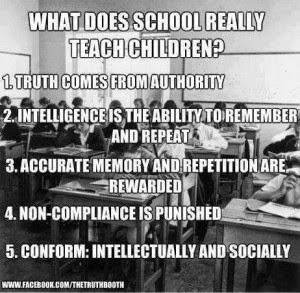 However, in this age of transformation in public education, the compartmentalization of subjects is an anachronistic concept. The problem that arises is that this idea is dangerously out of synch with the desire of societies to have educated populations that are to be agents of change who will bring about a new culture of innovation. A better quality of life for people now and in the future is the hope of nations. In order for learners to become agents of change capable of creating new knowledge and new skill sets, they must have the proper habits of the mind and skill sets to be effective problem solvers. They must understand how to capitalize on online technology and concepts for deriving useful information that can be applied to real world scenarios.

The seriousness of the problem can be illustrated by an exchange I had with a World History student:

Problem: Students were studying the Battle of Thermopylae fought between the Persian forces and the Greeks in 480 BC. In this battle a small Greek force defeated and discouraged a larger Persian force. Students were given a "what if" scenario where they were asked to take the role of the Persian leader, Xerxes, analyze the potential problems and come up with a winning plan.


As a part of this exercise, students were asked to make calculations with respect to timing of advancements, numbers of forces, topography calculations...ect. They also had to consider whether or not angle of the sun in the sky would be of advantage. I was then asked the following by a student who I knew to be a sincere and intelligent learner based upon my past experience with him.

Student: "Why do we have to do Mathematics and Science work when this is History?"

This type of mindset runs contrary to our need for problem solvers who are divergent thinkers, able to analyze a problem from a number of perspectives. Sir Kenneth Robinson, in a talk entitled:"Changing Education Paradigms" expresses the nature of the problem well.